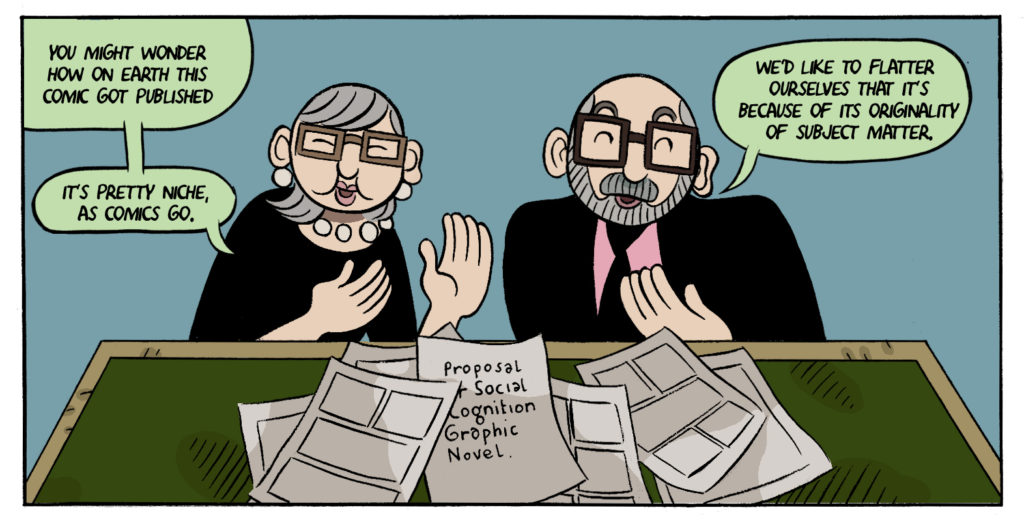 ‘Two heads are better than one’, people say – and, as we will show, the science shows that this is often true, but what about three or four heads, or more?

Two Heads is a science book. It’s ultimately about the things we have learned through science and also about why we think science works so well. But more than this, it’s a book that uses the medium of comics to explain exactly the things that papers in scientific journals explain, only using the brevity and insight that can be achieved by combining pictures with words, not through graphs and diagrams (although we do have some of those), but through the communication tools embedded in graphic illustrations.